what is full stack development What is a full stack development? 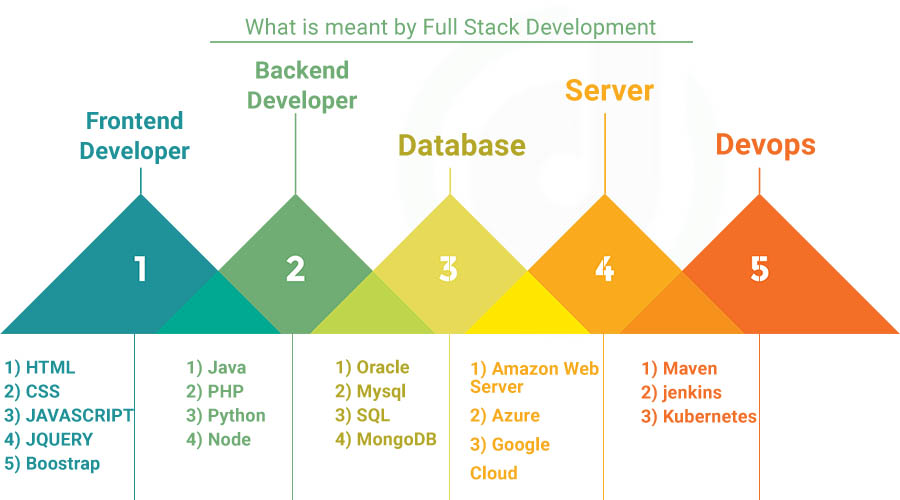 As the name suggests full stack refers to the whole, whole of a computer system or a website or mobile application. We already have an idea as to what is frontend and backend, now if we combine both frontend and backend along with the coding knowledge of connecting them together it can be referred as full stack.

Apart from being well versed with the responsibilities and tasks to be tackled of a frontend and backend developer, a full stack developer should also know how to bridge frontend and backend infrastructure developed by respective developers for the accomplishment after finished product that is the website or an application. Full stack developer can be related to an all rounder cricket player.

Advantages of a full stack developer

Following are some of the advantages of hiring a full stack developer:

1) Economically Smart:  It is always a better option to 1 person then 2. To elaborate this we mean that it is always fruitful to hire a full stack developer as the can do the work of 2 people which is economically friendly for smaller budget projects.

2) Multitasking: Full stack developers can carry out multitask as they are well versed with frontend and backend infrastructure. They can look after both simultaneously.

3) Highly adaptable: It becomes easy team leader to assign tasks to a full stack developer. They are very adaptable due to their knowledge of both infrastructures.

Disadvantages of a full stack developer

Following can be few of the disadvantages of hiring a full stack developer:

1. Cannot be up to date: Information technology is one of those fields wherein the professional needs to be updated. Due to the knowledge of both the processes become third for full stack developer to keep up with what is new in the market.

2. More workload, less productivity: When we talk about hiring only 1 full stack developer in place of one frontend and one backend developer it becomes very tough as lot of tasks need to be carried out find them which leads to poor time management and affects the productivity as well.

Following are some of the frontend languages for full stack developer: 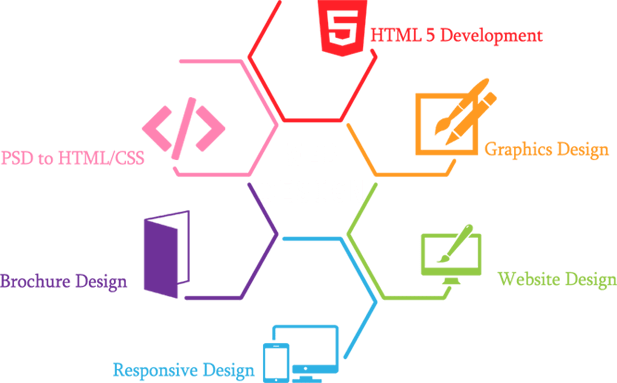 1) HTML : HTML stands for Hyper Text Markup Language. HTML is the most basic programming language the front end site or an application. No matter how complex or new or advanced your backend languages can be HTML remains to be the most basic requirement of web development. The codes in HTML are very easy and clean and help the full stack developer in development of the frontend of any web or application.

2) CSS : CSS stands for Cascading Style Sheets. CSS provides with CSS Framework which is the most popular in the frontend development process. CSS Framework is very relevant for the developers who are not the best with design.

It is also possible to create your own CSS component which is required by you to suit your user interface.

4) Bootstrap : As discussed above the CSS provides with framework, Bootstrap is one such most popular CSS frameworks which enables the developer to build website and application with an interactive user interface. The speed of the development with bootstrap is unquestionable which makes it very popular among the development industry.

Bootstrap with already chunks of code to help you with the basics which eliminates the process of coating from the scratch. It is very easy for bootstrap to adapt a new platform super example moving from a laptop to a Mac will not be an issue. Bootstrap provides you with various components like dropdowns, alerts navigation bar, buttons etc. It is also possible to pick up your slacks from a half done project or an already running websites with Bootstrap. 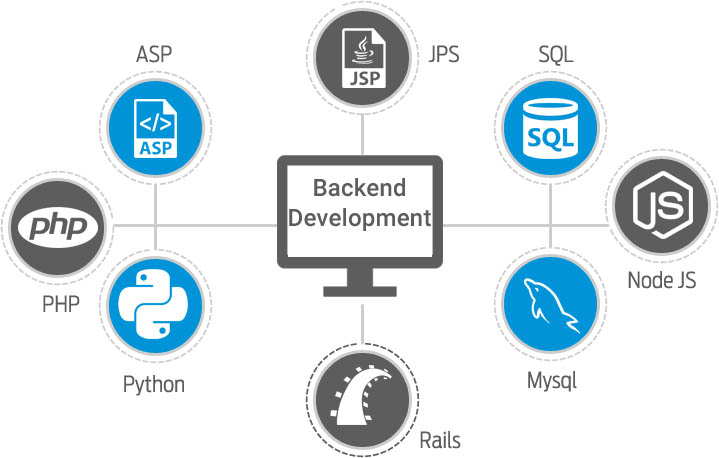 1) PHP: PHP is a well-known- prevalent and a high scripted language which is broadly used as a server-facet language for creating dynamic net pages. Though its recognition is blended, PHP continues to be extremely famous and is used in over 75% of all web sites wherein the server-side programming language is understood.

There are many reasons to love PHP as it has higher flexibility and scalability, PHP also provide many most popular PHP frameworks to used as per requirement of project, the community is great and is highly dynamic and very fast. One of the best thing is that it is used almost everywhere.

2) Java : Java is the most commonly used programming language and a platform. Java is a high-tech proficient, sturdy, item-oriented and secure programming language. Java grew through Sun Microsystems (which is now the subsidiary of Oracle) inside the year 1995.

James Gosling is known as the father of Java. Before Java, its call was Oak. Since Oak changed into already a registered enterprise, so James Gosling and his crew changed the name from Oak to Java. This is one of the most proficient languages used by full stack developers.

3) C/CPP : C/CPP language is not usually required by the web developers. It is mostly used to develop or create module for programming languages. It is also used to accelerate some of the particular processes of your website. Writing in C language health in speeding up the interaction.

4) Python : Python is a programming language for back end developers. It is used mainly to build websites, apps and software, automate a particular task and perform data analysis. Python has been very relevant in current times among the coders community. Python is a very easy language to debug.

This language is read and to one of the open source programming languages community. This language is known for the adaptability it provides which means the developer not required to rewrite the code each every time there is a change of platform. Just like Java, python is also slow.

Python is most effective for web development rather than mobile application programming. The interaction with the database is also slow to the speed issue. To Java the volume of memory used by this language is high affecting its efficiency and speed. Although it is the best programming languages for full stack developers.

1) MEAN Stack : These are the IT professionals who use MongoDB, Expressjs, AngularJs, NodeJs etc. Having knowledge of a specific area only makes you a MEAN stack developer. They use J-based applications in the development process. MEAN is the abbreviation of all the technologies mentioned in the first introduction line above. MEAN developer manage the client server requests, stores the data of the website and also allows the restoration of the same.

Career as a full stack developer 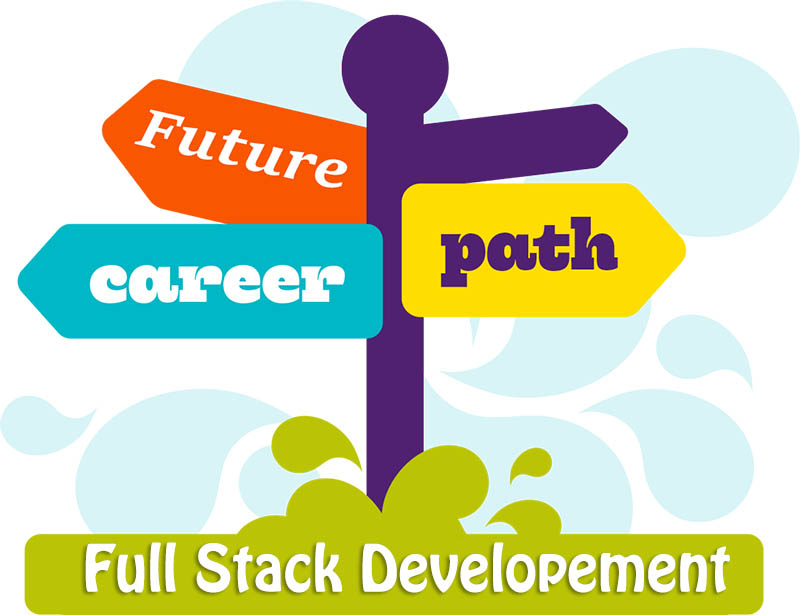 Career as a full stack developer can be very promising decrease does not want a person who can do 2 men's job. Full stack developers are very desirable as they are known to be adaptable and change roles according to the requirement of the company.

It is no secret the information technology industry is booming at the moment company needs developers, who better than a full stack developer who has the ability to do it all.

If we talk about the future it does not seem Information Technology industry south from here that means more developers will be required no matter what which makes picture as a full stack developer even more attractive.

Writing the codes with full proficiency will work wonders. Really easy full stack developer to fetch an average of $105,000 per annum with an added cash bonus of $4,000 to $5,000 per annum along with other advantages like stock options etc.

With information technology being one of the most high up in last few years the companies is readily accepting skilled full stack developers to keep their websites up to date. Even with the new businesses emerging the need of efficient website to run their business is increasing by every passing day.

The full stack developers are special due to their knowledge of both the components of web development making them very promising for the job to be offered in the market.