What is Front end Developer

Everything You Need To Know regard frontend developer

Everything on a website, such as buttons, forms, text boxes, and animations, was designed by a Front end web developer. The Front end developer's role is to take the client's vision and design concepts and translate them into code.

What is meant by Front end developer?

Front end developers are in charge of creating graphic components on a website properly. Additionally, they execute critical website development jobs such as navigation, button placement, and anything else that contributes to the website's overall exposure.

What does the Front end developer do?

The Front end developer is in charge of developing the visual appearance of any web page with which the user interacts. The generate all of the pages or individual pages of the website or web page that the user sees.

A Front end developer's major responsibility is to ensure that website visitors may easily interact with the page. They achieve this by fusing design, technology, and programming to create the look and feel of a website, as well as handling troubleshooting. When you visit a website, everything you see, click, or interact with is the result of a Front end developer's effort.

A Front end developer, often known as a Front end web developer, is someone who is in charge of the design and execution of the user interface. This interface is required for users to have access to the programmed. A web designer is a professional who is in charge of a website's look and design. Additionally, the Front end developer utilises coding languages such as CSS, HTML, and JavaScript to guarantee that the design functions properly when seen online.

Finally, there are full-stack engineers. They are experienced full-stack developers with project management skills who are adept in configuring, managing, and maintaining computer networks and systems.

The main Roles and responsibilities of front end developer are listed hare: 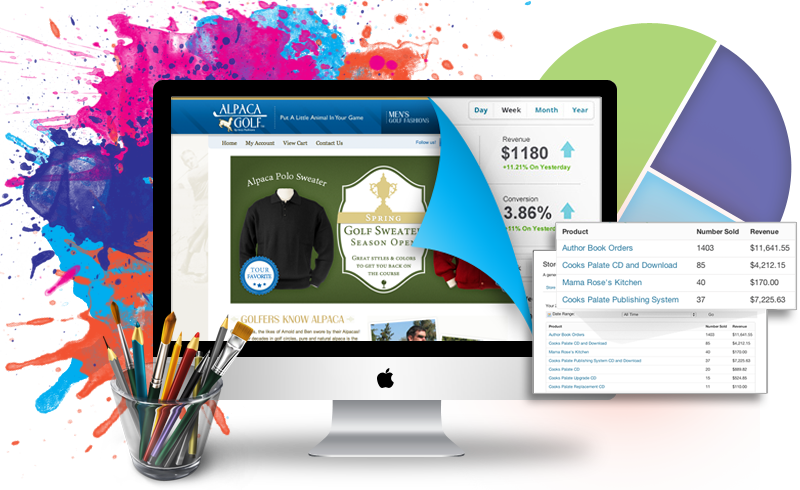 Due to the fact that front end engineers combine design and web programming in their work, the tools they utilize transcend these two disciplines.

Prior to beginning coding, a Front end developer would often utilize visual design tools to construct a prototype of their website. This allows them to test and experiment with the user interface before writing the actual code.

Depending on the size of the team and the scope of the project, the process may be as straightforward as using a pencil and paper, or it may require graphics editing programmers such as Sketch or Photoshop, prototyping tools such as Balsamic Mockups, or more advanced graphical editing tools such as Figma or Illustrator.

The graphic design tools is used because to develop the logos and images that is used inside the website and also some animations that are used inside it.

A code editing tool is just the application that a Front end developer uses to write the website's code. Some developers prefer a lightweight editor such as Notepad, while others prefer a more feature-rich environment like as Visual Studio or Eclipse.

Before settling on a code editor, experiment with a few different ones to see which one works best for you. Mostly the developers use the visual studio code for the code editing tool which is absolutely free of cost and easy to use and its very small in size like some MB’s.

The main features of Front end developer are listed hare:

There are 100’s of advantages of Front end developer but we cant list all of these so some of them are listed above.

The compulsory skills for the Front end developer that the must know:

Hypertext Markup Language (HTML) is the industry-standard markup language for creating web pages (HTML). It is the most essential component of a web page. It is used as a Front end language mostly of the websites that you see in daily life is created on HTML as a Front end.

HTML is an abbreviation for hypertext markup language, which the Front end developer uses to create a web page or website. It is the best language that is used for Front end development there are many versions of HTML now a days HTML 5 is mostly used there are some changes in every version of HTML. About every website that you see on internet is made up HTML as a Front end language.

CSS (Cascading Style Sheets) is the presentation language for HTML documents. HTML is the language that is used to create the foundation for your website. CSS, on the other hand, is used to define the layout, color scheme, fonts, and style of the page. Both of these languages are essential for Front end development positions.

CSS is also known as Cascading Style Sheets and is used to style web pages and websites. Such as coolers, text size, and picture size, among others.

CSS is mainly used for stilling the main structure of  page or website is created with HTML but the display is created beautiful with the help of CSS some of people says that the CSS is used to color the HTML pages that’s why they look beautiful.

JavaScript is essential to create an interactive website. JavaScript is used for on page working without refreshing the page.

JavaScript is used for advanced style, such as when we move the mouse cursor over a JavaScript-enabled button, it creates a new window on the same website without refreshing the page. As with moving a course on a drop down menu, the new menu appears on the same page when the mouse is hovered over.

Materialize is UL component library which is created with HTML, CSS, JavaScript it is a designed created by google and its other name by which it is also known as Material design. Basically, it is a design language which combines the classic principles of designs along with new technology.

Bootstrap is most popular CSS framework which is used for responsiveness of the screen it is implemented inside the html tags for controlling the display according to the screen size.

And with the help of bootstrap, we can divide the screen into many parts usually it uses 12 columns for all screens from extra small to extra-large it contains these screens extra small, small, medium, large and extra-large.

It plays a most important role for responsiveness of website like we opens a website on many devices like mobile phone PC with large LCD (Liquid crystal display) or LED (Light Emitting Diode) and the Tab they show different interface on every device this all is because of the bootstrap because it manage the different screens on the same website.

React is an open-source and freely accessible JavaScript framework for creating user interfaces for UI components. Meta and a community of independent developers and companies support it.

React may be used as a foundation for developing single-page apps and mobile applications.

Angular is a free and open-source web application framework built on TypeScript. It is maintained by the Angular team at Google and a community of individuals and businesses. Angular is a full rework of angular JS by the same team that created it.

Because Front end developers are concerned with the aesthetics of applications and websites, they must be able to work with design tools such as Sketch, Sigma, and Photoshop in addition to their programming skills.

Additionally, because they are engaged in the development of systems, the creation of software architecture, and the translation of business logic into solutions, backend developers must possess critical thinking abilities. Additionally, they must monitor concerns such as the database to ensure that user data is maintained secure.

Front end developer creates a web pages or websites for the customers which is displays to the users and all the functionality that will perform by the Front end is done by the backend code like when we click on the button to perform any thing the work or process which is done on the reaction on pressing the button is because of the backend code.

Backend developers are responsible for developing server-side applications. They are mostly concerned with databases, programming, and website architecture.

Additionally, these specialists monitor how the site operates and how to modify and update all of the site's behind-the-scenes functionality.

The following technologies are utilized in backend development:

The backend consists of It is desired to use server-side technologies such as Apache, Nginx, IIS servers, and Microsoft IIS. A working understanding of Linux is extremely beneficial when running servers.

API development is equally critical for backend development. It is critical to have technical understanding of the design and consumption of REST and SOAP services.

The WWW (World Wide Web) is written in the HTML (Hyper Text Markup Language). It is the industry-standard text formatting language used to create and display Web pages. HTML files are composed of two components.

2) The tags that will give a format to it for the complete display on webpage.

CSS is an acronym for Cascading Style Sheets. It is a basic enough style language for HTML components. It is widely used in web design and is also frequently used in XHTML.

The CSS is also used with the HTML to give stilling to any web page or website.

JavaScript is the most widely used and open-source client-side scripting language, which is supported by the majority of browsers. JavaScript is used to enhance a website's interaction with the user.

The famous Front end developers Dan Abramov is a successful man in the world.

The Front end developers are the main persons who give the to the thoughts that any one assumes. 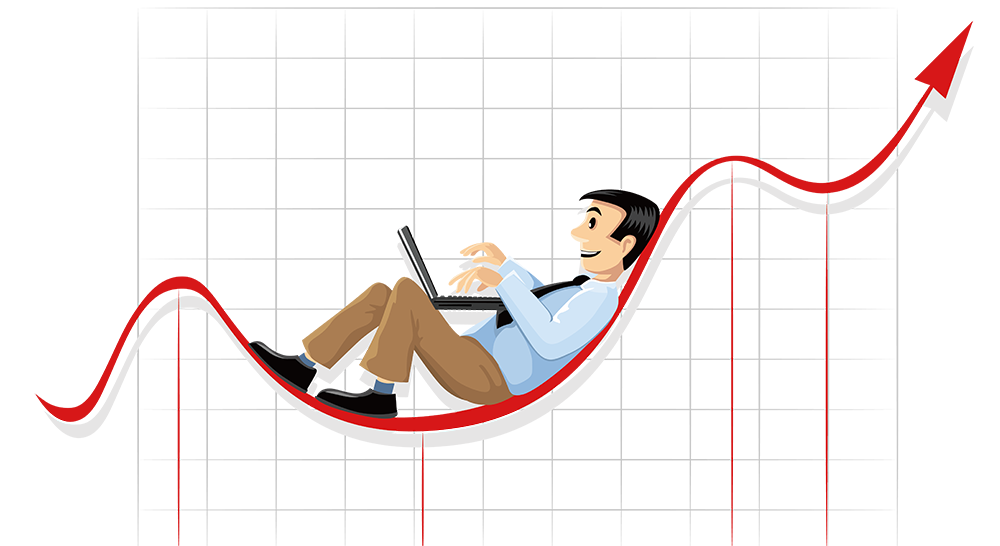 In 2021, Indeed lists 60000+ job openings for Front end developers. Google shows steady and consistent interest in the search term over the past 5 years. And the growing technical needs of many industries indicate that Front end development is still very much in demand.

After mastering the technical parts of Front end programming, you must concentrate on assembling your job application materials. There are several fantastic tools available to assist you in learning how to obtain a developer job.

Every single day the ads are published for the Front end developers’ jobs in every country and every city of every country.

The estimate salary of Front end developer in US is approximately $105240.

The estimated salary of Front end developer in UK is approximately £28,000.

If you only know the little bit about the HTML and CSS then you can create your own web page and by doing hands on the HTML and CSS you would be able to create a mega project. We wish you the best of luck for your future hope it will helpful.