When you're unfamiliar with software development, studying programming is the most difficult aspect of figuring out how and where to start. Hundreds of best web development languages or programming languages are widely used, each with its own set of complications and quirks.

The best part is that when you initiate your work as a software developer, you'll proceed to figure out what kind of web programming language is best for you, your passions, and future career objectives. 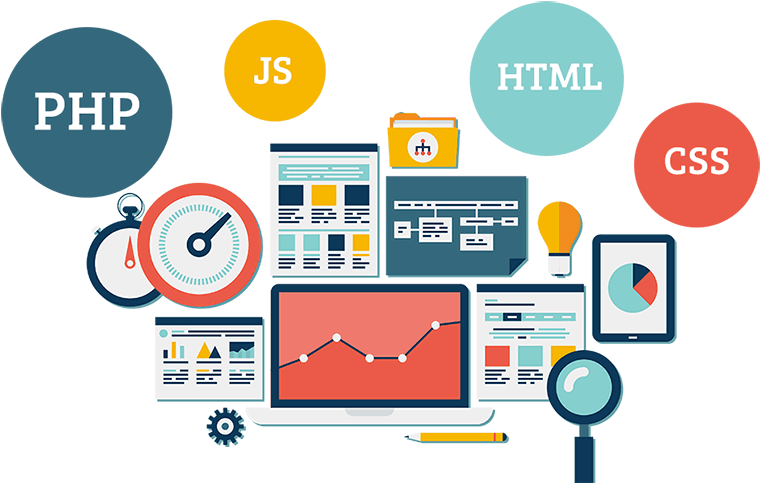 Though HTML and CSS are not programming languages (some of you may disagree, and they're not programming languages), they seem to be the foundation for web development. any web developer must learn them. The layout is provided by HTML, while the style is provided by CSS, which makes them look smoother and more attractive technically. In 2021, if you want to be a successful frontend programmer, you'll need to masters these two.

In today's world, it isn't easy to be a software developer without using JavaScript in any capacity. According to a Developer Report, JavaScript is the most common languages for web development among programmers and for the eighth year in a row. Approximately 70% of survey participants have said they have used JavaScript in the previous years.

JavaScript, including HTML and CSS, is critical for frontend web growth. The bulk uses JavaScript and among the most prominent websites on the Internet, from Facebook and Twitter to Gmail and YouTube, to design responsive websites and seamlessly display information to the user.

Whenever it comes to designing web applications, PHP has been one of the best web development programming languages available. It's a dynamic, server-side scripting process that makes building perfectly functioning web applications incredibly simple. If that's not enough, PHP is responsible for half of the Internet; note, WordPress, the most common web application program, is written in PHP.

Laraval is a PHP framework that is strong and allows the user to quickly build web applications using the model–view–controller architectural pattern. PHP is most used programming language in the world.

Python is yet another language that has exploded in popularity in the last year. Though it isn't particularly fresh and has stood the test of time, it is currently the most flexible programming language.

Python is one of the best programming languages for web development for web creation, data science, scripting, and optimization. Python, like JavaScript, has a significant population and several helpful modules, libraries, and information that can help you quickly build a web application.

According to the report, Java, like Python, is a favourite coding language with 38 per cent of global users due to its well-maintained libraries and web applications. Java is an open-source, object-oriented programming language with a solid reputation for reliability.

Other advantages include the JVM (Java Virtual Machine), which allows it to run on various platforms and the ability to automatically reduce privacy issues and handle memory resources automatically when programming with Java. As a result, Java is often used to create Android mobile applications or large-scale complex web projects.

ReactJs is a custom web javascript library that is idiomatic, effective, and scalable.

It's a tool for creating user interfaces for single-page applications.

ReactJs is a fully accessible component-based view library used to build the view layer in web and mobile applications. You can use React to build a browser application, a native mobile app for Android and iOS, and a desktop app.

.NET (pronounced "dot net") is a programming platform that can use to create a wide variety of applications, including online, mobile, and Window frames application fields. C#, VB.NET, C++, and F# are some of the web programming languages that can use with the.NET platform. We use both C# and MVC at Grand Circus. The.NET Framework includes many predefined class libraries (pre-written code) that facilitate both basic and complex database systems.

The Angular Developers at Google and a group of individuals and businesses lead the TypeScript-based open-source frontend application platform Angular. Angular is a full redesign of the AngularJS framework by the same team that created AngularJS. Angular is a software development framework that makes it simple to develop web applications. Angular solves architecture problems by combining declarative models, dependency injection, end-to-end tooling, and streamlined best practices.

C is the most used programming language, and it is the foundation for other languages such as C#, Java, and JavaScript. C++ is a more advanced variant of the C programming language. Today, numerous developers ignore C entirely, while others believe that learning C first offers a comprehensive framework for C++ growth. In information technology and programming, both languages are frequently utilized.

Compilers for a wide range of platforms are available for C and C++ developers. Rendering applications are written in these languages, mostly portable. C and C++ are also considered high-performance programming languages.

The employment of web developers is projected to grow 8 per cent over the next ten years, much faster than the average for all occupations. Web developers should be competent and proficient in the programming languages that power the Internet. HTML, Javascript, and CSS are necessary skills for all web developers. Knowing a server-side programming language like PHP, Microsoft.Net Visual Basic, or Java is also beneficial to create more complicated functions. To produce web apps that seamlessly communicate with business data, web developers may further differentiate themselves and increase their potential income by learning and standardizing within some of the prevailing web applications, such as MySQL, Microsoft SQL Server, IBM, and Oracle.

There is wide career scope for web developers to explore. There are millions of jobs opportunities to choose from.

It's vital not to get engaged in colourful developments or popularity competitions when choosing which web programming language to pursue. The best web development languages to acquire in 2021 are probably to be much like they were in previous years, which will likely hold relevant for the next few decades.

Even though the world of computer programming is constantly developing, the languages we've mentioned so far have a lot of lasting power. You'll get into great shape not only in this year although in the upcoming years if you master some or all of these languages.

Perhaps you can respond to the programming language for web development to learn when you start coding. Choose a career path based on interests and the type of application development you would like to pursue.