Which Programming Language is used for Android Application Development 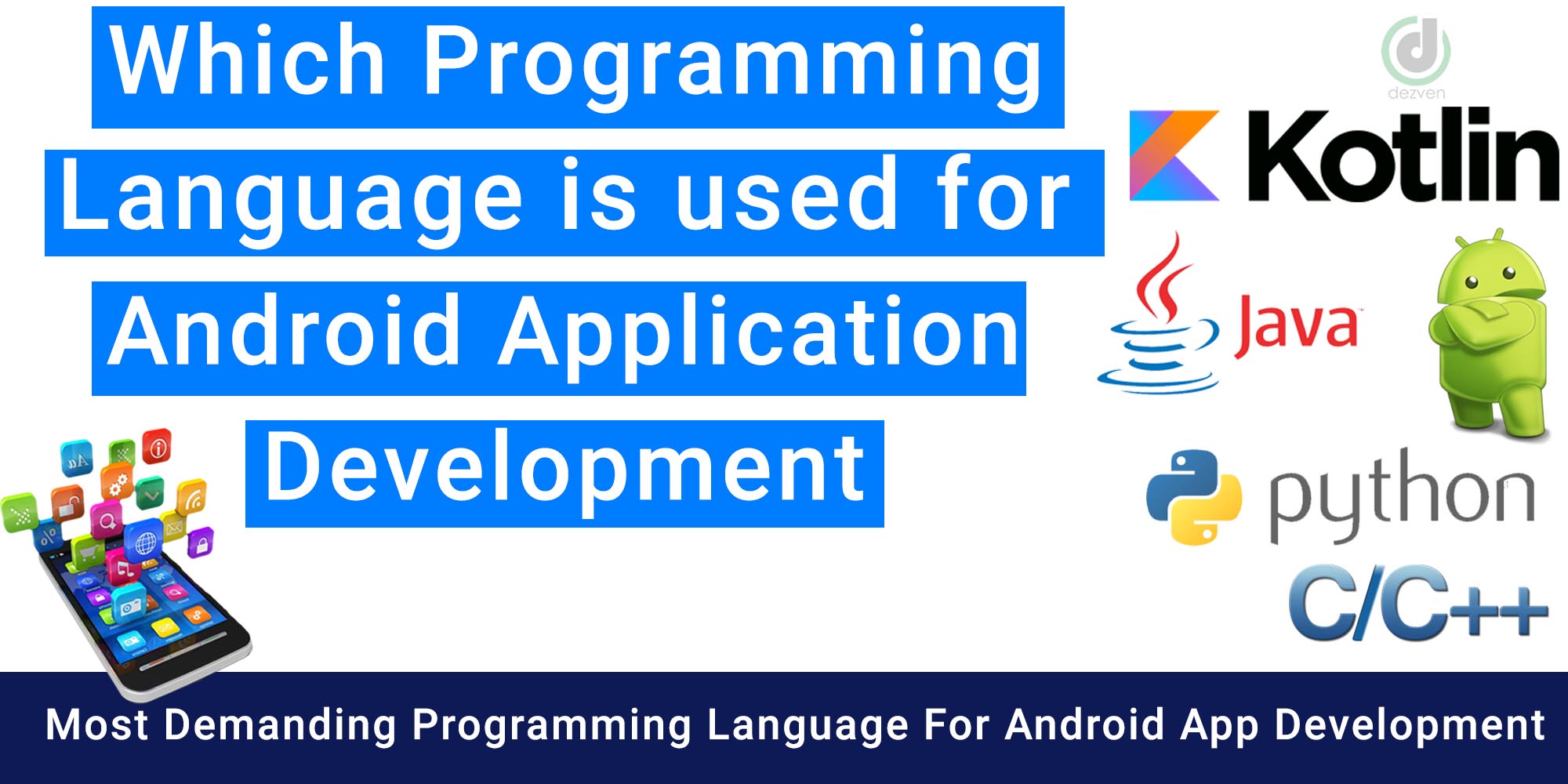 Mobile is the most important thing for any person. People can live without eating food but cannot live without mobile.

People use mobile for 4 to 5 hours every day, and 90% of them spend their time on the apps. So that's why mobile phones are a perfect option to engage digitally with your customers.

Mobile apps are the best way to grow your existing business and give it a digital edge. Because research has shown that companies with a mobile app engage their customers better and thereby increase their sales.

What is Android App?

Now Android has started being used in various devices like mobiles, tablets, television etc. Android gives a prosperous software framework that allows us to create innovative purposes for mobile devices in the Java language.

The most used apps in mobile are Android apps, and Android has the largest market in the whole world, so today, We will see which are the best languages for Android app development.

There are many languages in the market for Android development like Java, Kotlin etc. 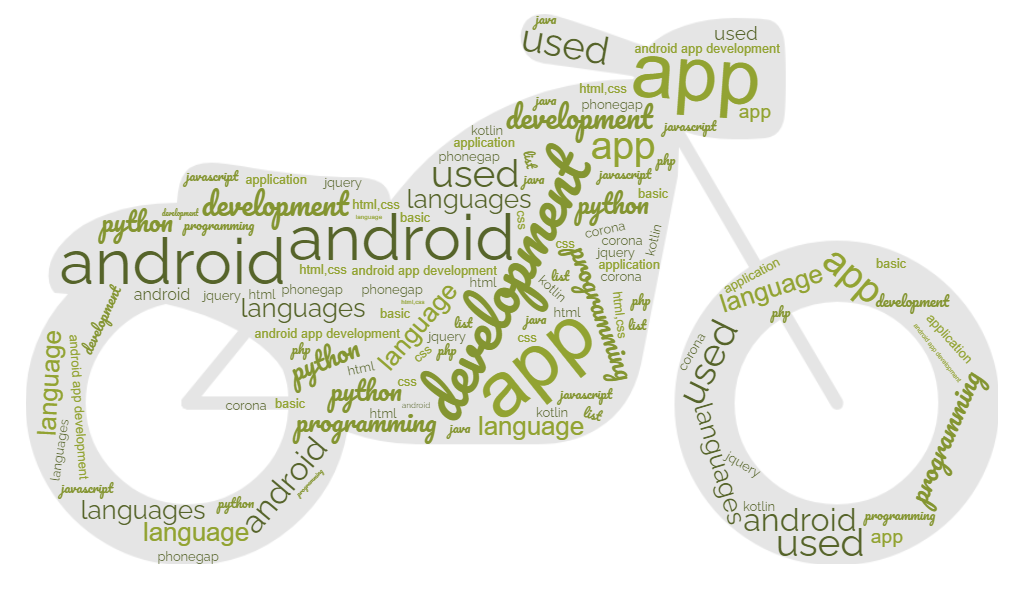 Java is one of the best programming languages for app development. One of the biggest reasons why Java is the first choice for all app developers is that it is effortless to learn and use and has extensive community support, which gives new developers an added advantage.

You can quickly create all Android apps once you are an expert in Java.

Java is a simple language, and its easy-to-understand syntax is similar to that of Python and other coding languages used to build mobile apps.

It is an object-oriented programming language. Because of this, it handles the complexity of real-world applications. With its rich API, Java language lets you integrate more into your app.

But most Android applications are developed using Java language, and Google also supports this language.

Kotlin is more valuable than Java and goes a step further to make it even better. One of the things that app developers love the most in the Kotlin language is its ease of use and setup. Kotlin is open source, and it is entirely free to use for android application development, and Kotlin works on any platform.

Kotlin can be one of the easiest coding languages for app development because the Kotlin language is one of the cleanest statically typed programming languages used to build apps.

The only significant difference between Kotlin and Java is that Kotlin removes additional features of Java, such as null pointer exceptions. And Kotlin also eliminates the need to end each line with a semicolon. So Kotlin is the best programming languages for android app development.

The Kotlin language is fast and lightweight for application development, which prevents the application size from becoming large.

The code written in Kotlin language is smaller than that of Java. Less regulation in Kotlin leads to fewer Bugs. So if you are a beginner in app development, then kotlin is the best language for you.

C# In today's time, it is one of the modern programming languages used to create Windows programs and web applications.

C# is also known as C-sharp. C# is a type-safe object-oriented programming language developed through Microsoft Corporation. c# is specified in the same way as the CLI (common language runtime) language. C# is called type-safe because C#'s type is more secure than C++.

The C# programming language is very similar to the Java language and is perfect for Android app development. Like Java, the C# language also implements garbage collection.

So it is less prone to memory leaks. And C# language also has a cleaner and simpler syntax than Java, making coding more accessible. 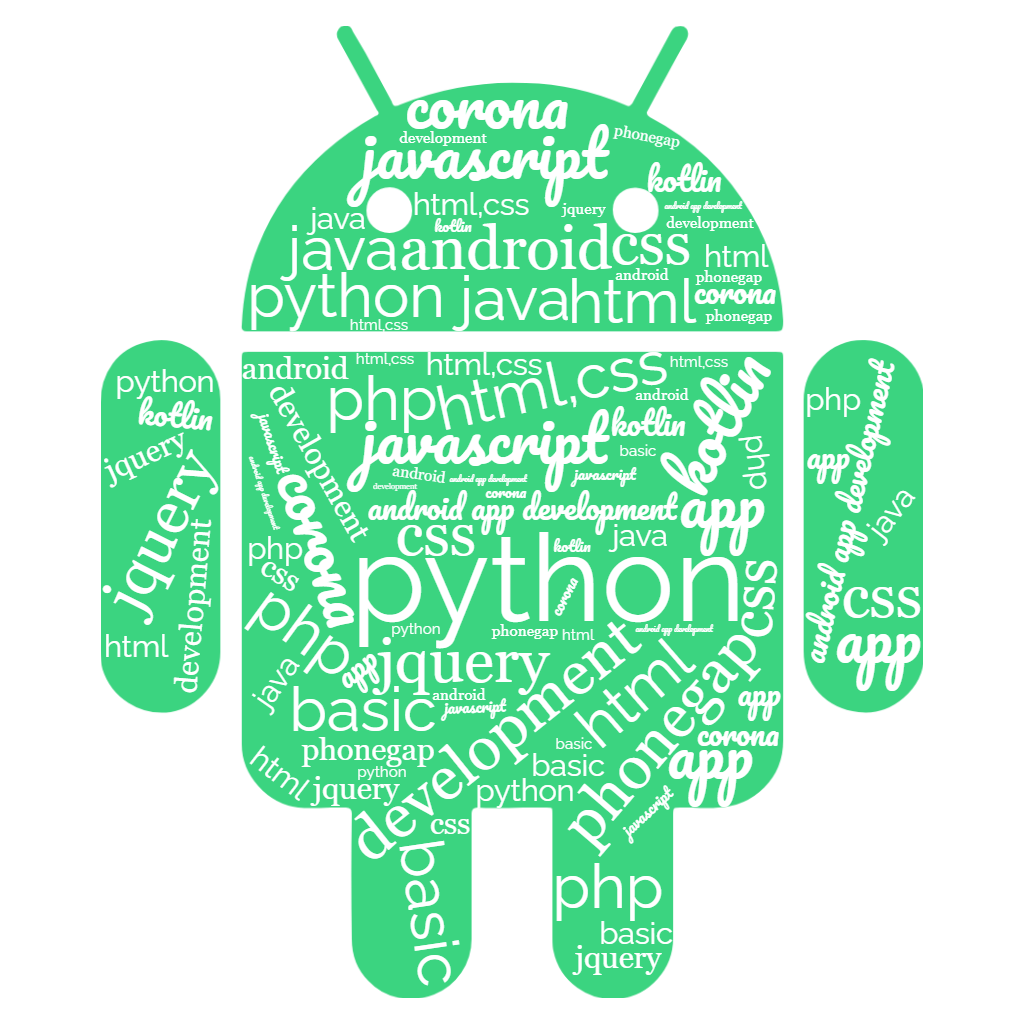 If you are learning "Python" as the first programming language, it is a top aspect.

Python is very simple and a step ahead of other programming languages like JavaScript, C, C++, Java, Kotlin etc.

It is also the most popular language of the new age for programmers because it is used in everything from web development to software development and creating scientific applications.

Python is an easy language. Reading a special Python software almost feels like studying English; this pseudo-code-nature of Python is one of its best strengths.

An example of Python is Kivy. An open-source Python library is used to develop Android apps, which leads to faster app development.

Python is very easy to learn and understand. While creating python code, attention has been paid to readability. Unlike different languages, it is effortless to use.

C++ is an object-oriented programming language developed by Bjarne Stroustrup at AT & Bell Laboratories in 1983.

Because C++ is the updated version of C itself, it supports all the features of C and OOP. If the software or program is made in C, it can be better in C++. Due to the inclusion of two programming languages (C and C ++) is also called hybrid language.

C is such a high-level programming language that was developed in the mid-1970s. It was created to write Unix programs, but it is now used to create all kinds of applications on almost all platforms.

Getting started with Corona SDK is very easy. If you are very new to programming, it will be effortless for you. And it's not just for beginners - advanced developers like Corona can use it too! Corona is a game cross-platform,

so you can write it once and have it work on Android, iOS, and more. And can overgrow with Corona.

Its core presenting used to be the Corona SDK, a cross-platform mobile software program development framework that creates native apps for Android, iOS, Kindle, Windows Phone, tvOS, Android TV, and Mac and Windows computer systems from a single code base. But this company closed on 1st May 2021.

Since then, computer language has evolved into a more robust and powerful language and can create advanced programs for today's computer systems.

Numbers are used at the beginning of each instruction (or line) to tell the computer what to process the instructions. The lines would be numbered as 10, 20, 30, etc., which would allow additional education to be placed between commands later if needed.

BASIC was developed by Thomas Kurtz and John Comeney of Dartmouth College to give students the ability to write programs for the Dartmouth Time-Sharing System (DTSS).

Typically, these students were not focused on computer science and lacked technical background when BASIC Language Was Released.

PhoneGap is the solution to many of the issues confronted through mobile app developers, as it gives a streamlined way to advance any app from scratch. And put, PhoneGap is an open-source framework specially built for mobile apps development.

This framework allows developers to develop a complete application using HTML, CSS and JavaScript, considered first-class applications once they are published for download on the phone.

PhoneGap allows mobile app developers to meet the growing demands for hybrid apps, and thereby an easy way to combine native coding into a language that runs the entire application. But PhoneGap also has some limitations, and there are already thousands of apps that work well and are built by this free essential framework.

Currently, without a mobile app, you can't do whatever as a mobile. Just as a software program is wished to do any work on a computer, in a similar fashion, if you want to do any work on mobile, your mobile has to have an app to do that work.

The popularity of Android app is so much that people have become millionaires by making android apps. If you see, MX Player, Instagram, Whatsapp, PUBG Game has created panic all over the world today.

A Developer builds mobile apps with the help of various programming languages. After this, the process of testing and implementation is followed. How you can earn using Android app development

Suppose you are a software developer or app developer. You can earn 20 thousand to 2 lakh per month. There are many options for an App Developer. You can do a job in any multinational company or freelance. It's your choice.

An expert mobile app developer receives very appealing earnings, up to lakhs of rupees per month. The preliminary income in this area tiers from 20 to 30 thousand per month.

If you earn from Admove by making your mobile app, you can earn thousands to lakh rupees. As a freelancer, you can cost an app from 10 thousand to 50 thousand. It relies upon your service, how much of the great provider you supply to your customers.

Earning money via the app is finished via the advertising network. After developing their Android app, all the Android app developers signal themselves up in the advert provider company. From there, they get an app code. They add that code to the Android app.

Hey friends, we hope that you have got a lot of information from this post. Like which programming language is used for Android application Development. What is an android app, and how to earn money using android app development? So if you have any queries related to this article, comment below. And share this article with those who need it most.