What is Web based mobile app development

Introduction : Everything About Web Based Mobile App Development 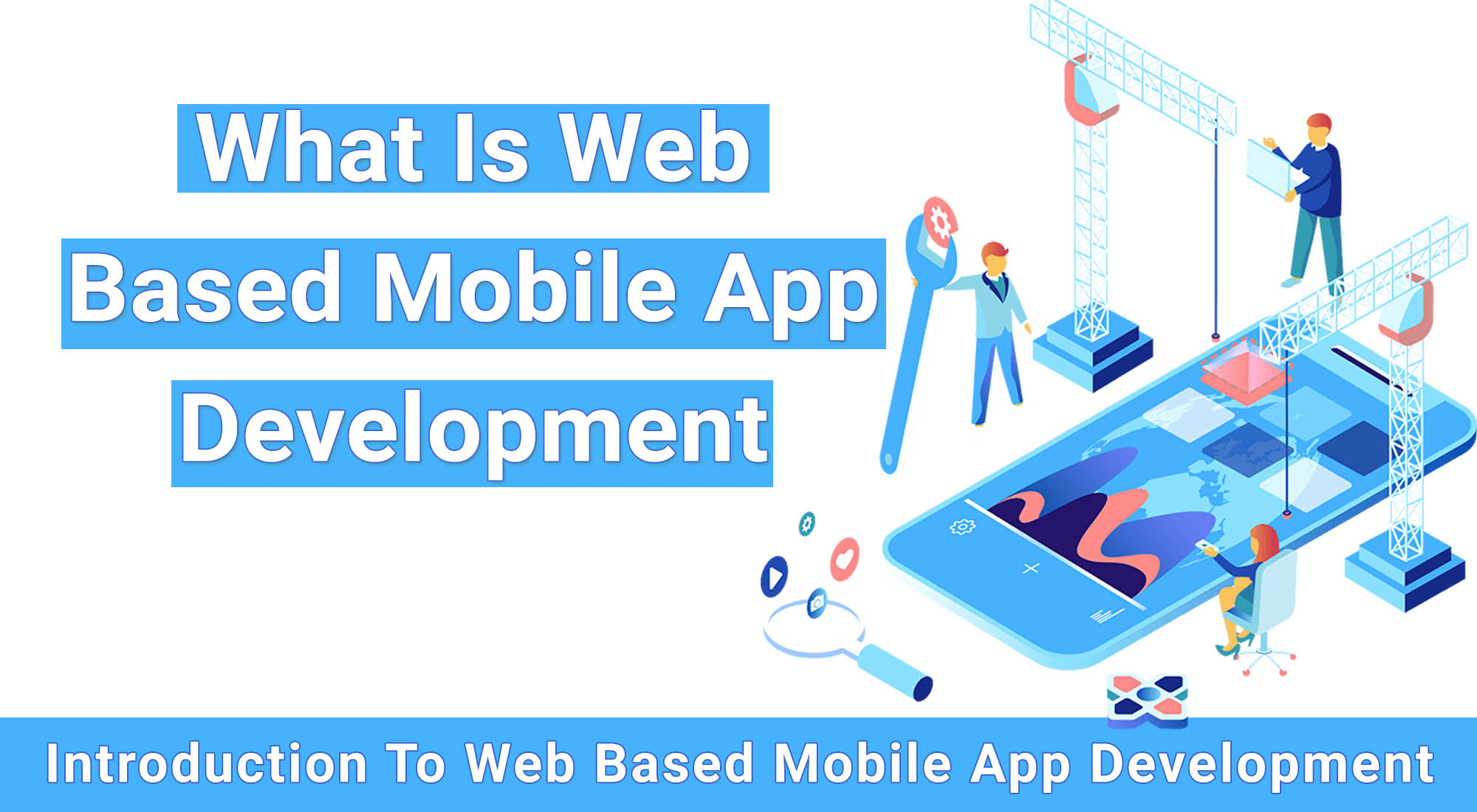 With the increasing use of mobile phone due to the ease and facilities it provides various businesses had to make major changes in their business models to adhere by this increasing craze of mobile phones. Making their products and services available on the mobile platform became the top most priority. Some companies took the route of mobile app development whereas some of the companies decided on web based mobile app development.

What is web based mobile app development?

Web based mobile app can be classified as web apps optimized for an excellent mobile experience of the user. They are not exactly mobile applications but a form of website designed to bear a resemblance to a website. Websites written in HTML/CSS are web based mobile app. They do not have much in common with a mobile app though. 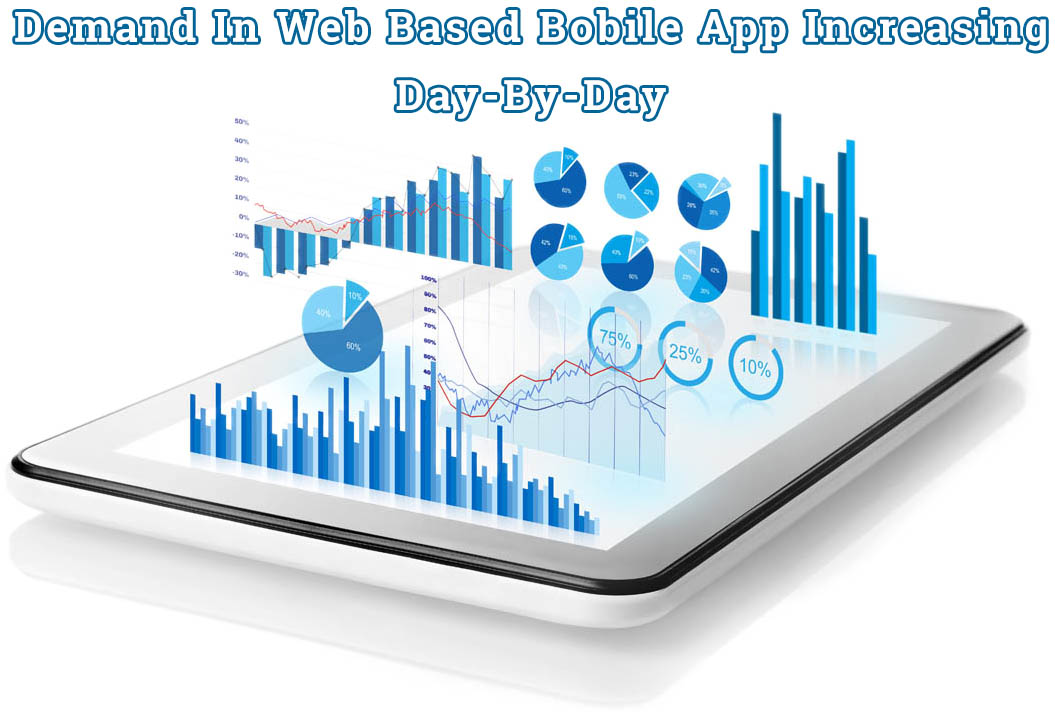 1) Impact of covid19 pandemic: The whole mobile app industry was shaken by the pandemic. People were locked inside their houses not a thing to do and all the businesses were trying to move online during the same time. People used their phone excessively during this period for various reasons. Some examples can be food delivery, medical help, fitness apps, working from home etc. The growth noticed during the period was 23.3%. Mobile app development industry was one of the most booming industries during the pandemic.

2) The future of mobile apps: According to the trend noticed in past couple of years there is no going back with mobile phones and the facilities it provides. When we coin the word facilities in regards to mobile phones the first thing that enters your mind are mobile apps. The growth of mobile apps since 2017 is estimated to be 45% i.e. almost double. The expectation of generating business with customers mobile applications spend is supposed to be $156 billion in 2022. Mobile app development skills are going to be in a great demand in the coming years.

3) The usage by an average adult: There was a time phones were just a simple medium of communication, to keep in touch or update people of your whereabouts. But that has dramatically changed over the years. People spend a considerable amount of time on their phones which is definitely not to for the sole purpose of communication anymore. An average adult spends over 3 and a half hour on their phone daily. During this time people prefer spending their majority time on mobile apps rather than web browsers.

4) Role of mobile apps in digital media time: Consumers are using smart phones more than they use their TV. 70% of the time spent on digital media happens through mobile apps. This accounts for 89% of total mobile minutes. Younger generations can be known as the drivers of the mobile app consumption.

Following are some of the advantages of web based mobile app development: 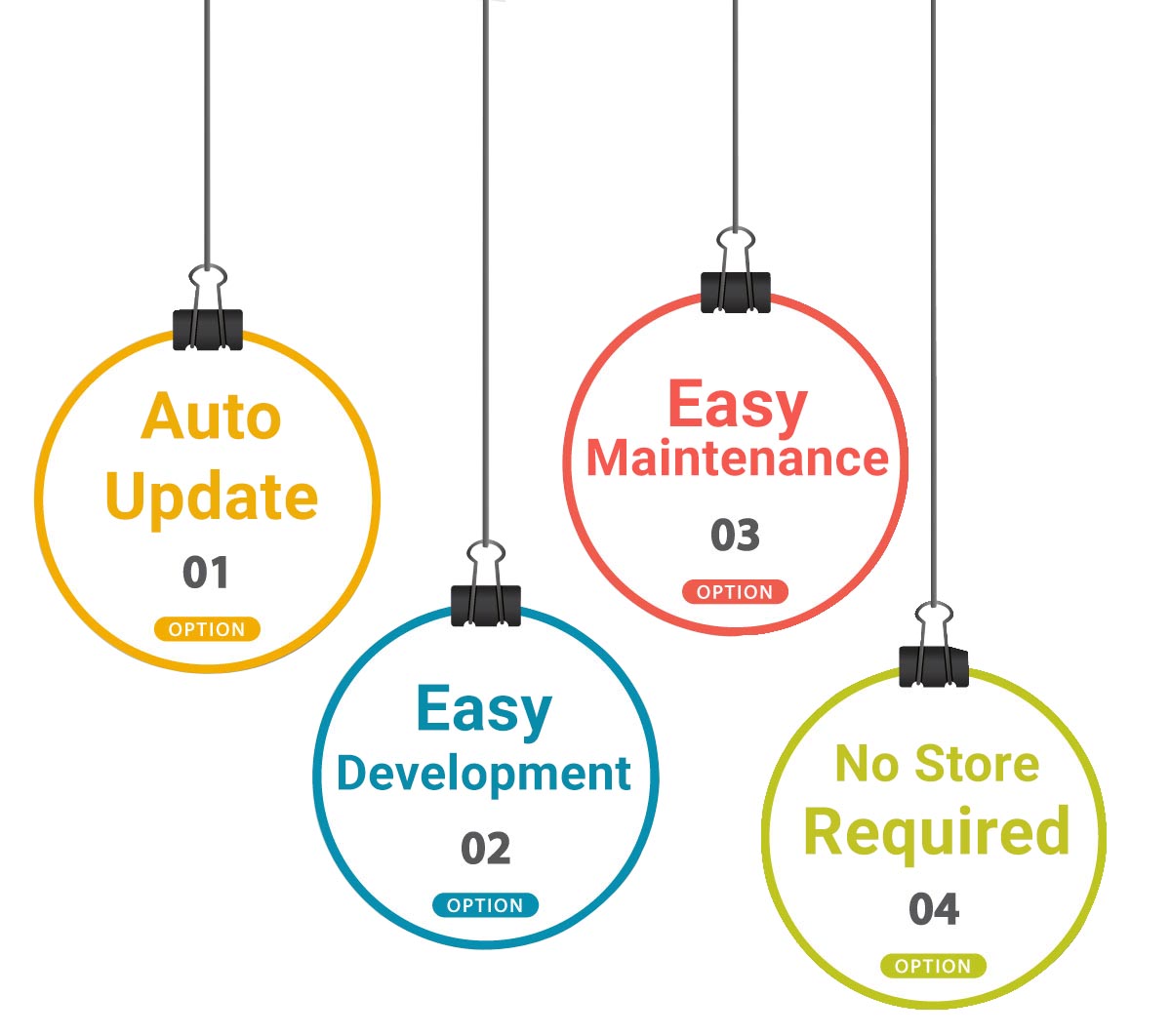 1) Auto Update: Unlike a mobile app a web based mobile app will update automatically enabling a hassle free experience for the user.

2) Easy development: Web based mobile app development can be easier than developing a mobile app. They run on a common codebase which make it easier development wise.

3) Easy maintenance: As mentioned above web based mobile apps run on a common codebase which makes it easier for the professionals to maintain in the long run. Restoration is easier with them.

4) No store approval required: Most applications that users download from app store or play store needs to be approved by the respective store to enable the user to install the app in their mobile phones. This process can altogether be eliminated with web based mobile app development.

Following are the disadvantages of web based mobile app development:

1) Discoverability issues: When it comes to an application its reach to the end users is of utmost importance. These apps are not as discoverable as a mobile app as they are programmed on any of the stores such as the app store or play store.

2) Quality and Security issues: There is no approval required by the stores for web based mobile app which means the security and quality standards set by the stores for an app are not checked for hence there is a possibility of a breach and also some issues with the quality of the experience user is expecting from an app.

3) No offline work: It is impossible for these apps to work offline which can be one of the major drawbacks with the whole culture of workcation wherein people working remotely are mobile and move around place which allows them to work and explore the world together. Sometimes they might face network issues which might eventually be problematic for them to go by.

The above mentioned figures are a strict approximation made.  This can give you an overall view of how much can be the cost of web based mobile app development. The above numbers does not include the cost that might have to be incurred in upgrade of the app but the same happens after the app enters the market the revenue starts flowing in.

Following are some of the frameworks used for web based mobile app development alog with the pro and con of each of them:

Flutter helps in development of cross platform applications. It is created by Google. Flutter is an UI software development kit.

React Native helps in development of cross platform applications. It is created by Facebook and community.

It is created by Adobe system. PhoneGap is very prominent for mobile app development.

Xamarin is developed by a software company in San Francisco. Application development for Android, iOS and windows allowed. In 2016 it was acquired by Microsoft.

The original version was released in 2013. It is completely open source.

Node.JS is not a programming language but it allows one to use JavaScript which eventually helps the app development process.

Sencha was invented by Nagatani Soen. Sencha provides you with everything you need there is to develop an app.

Following are some of the popular tools for web based Mobile App development:

Hybrid vs. Native vs. web based Mobile App Development