What is native mobile app development

A Comprehensive Guide On - What is native mobile app development 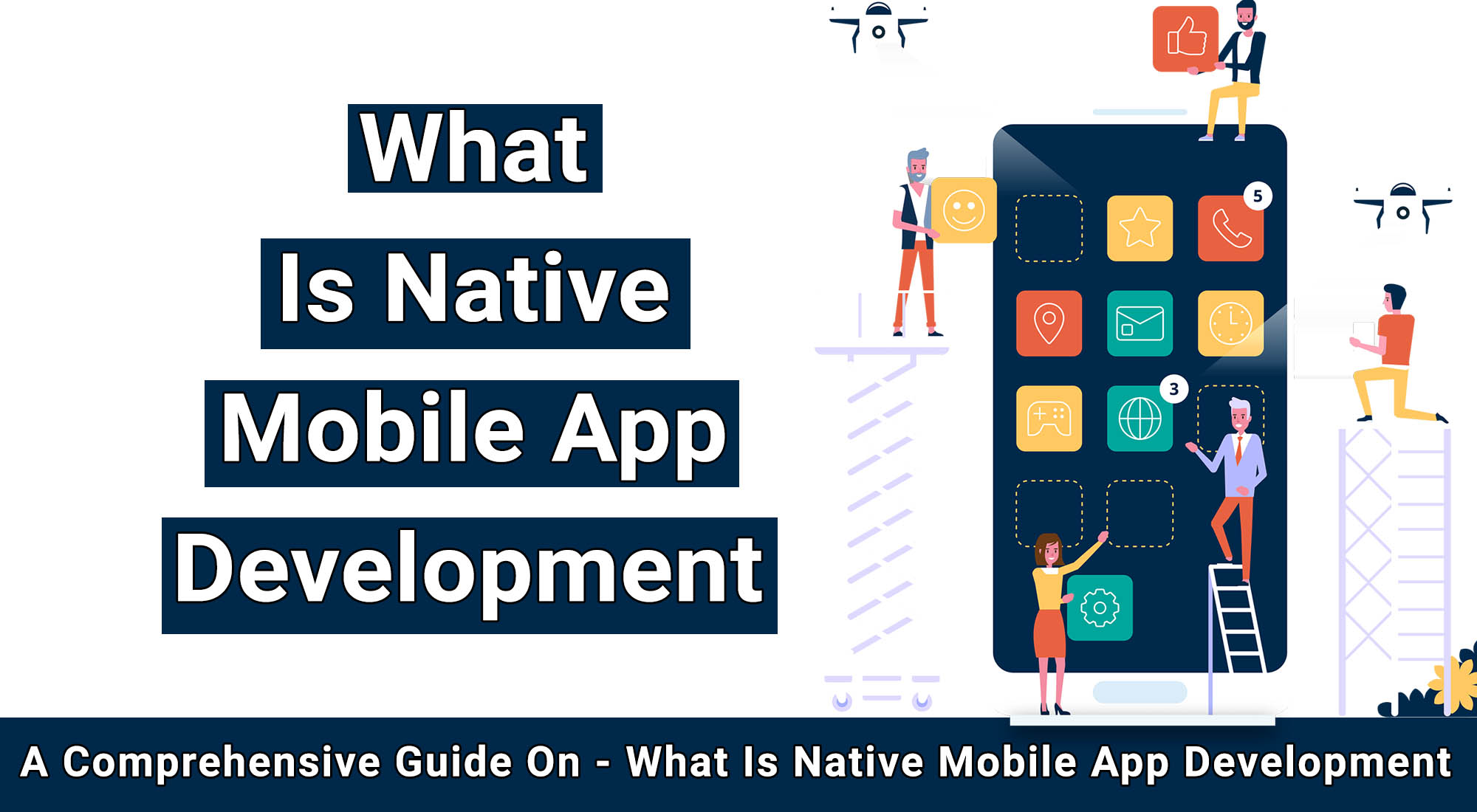 Mobile App - A mobile application, which most commonly called as an app, is a category of application software created to run on a mobile device, as, smartphone and tablets. Mobile Apps are usually a small, independent software with restricted function. The use of apps on mobile got famous by launch pf Apples and its app store. At present with Apple, google and others have started creating the mobile apps. 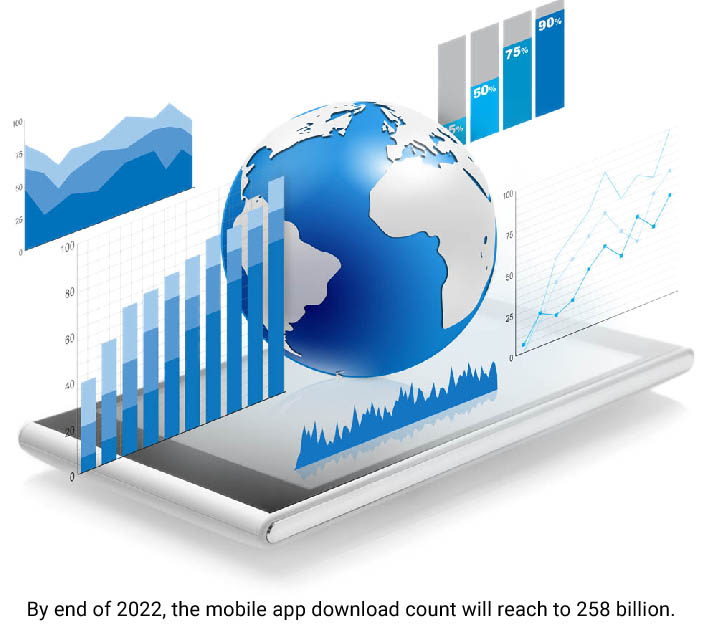 Mobile app Static – Following the most unbelievable year of 2020, the stay and work from home, the economy has got a drastic a boom, especially mobile app industries. Lockdown has increased the time people resting on mobile devices. Let’s see the worldwide statics of it -

What is native mobile app development

Native mobile app is specifically created for one particular operating system and platform, that is either – iOS or Android.

Native mobile app development involves tools and programming languages that are native for that specific device and its operating system. Apple, Microsoft, Google, and other app developer design particular tools and interface for their platforms and apps.

For create iOS mobile app, developers involve programming languages such as Objective-C and Swift, and use environments like XCode or AppCode, also adds iOS SDK and Cocoa Touch.

For creating Android app, developers involve programming languages such as Java, C+, C++ and Kotlin and use the environments such as Android Studio and Eclipse, also adds Android SDK and Mockplus.

A native Android app will not run on the iOS platform and conversely.

Native apps provide a big range of benefits that are very pivotal for choosing a category of mobile app. Some of the advantages of Native mobile app development are listed below – 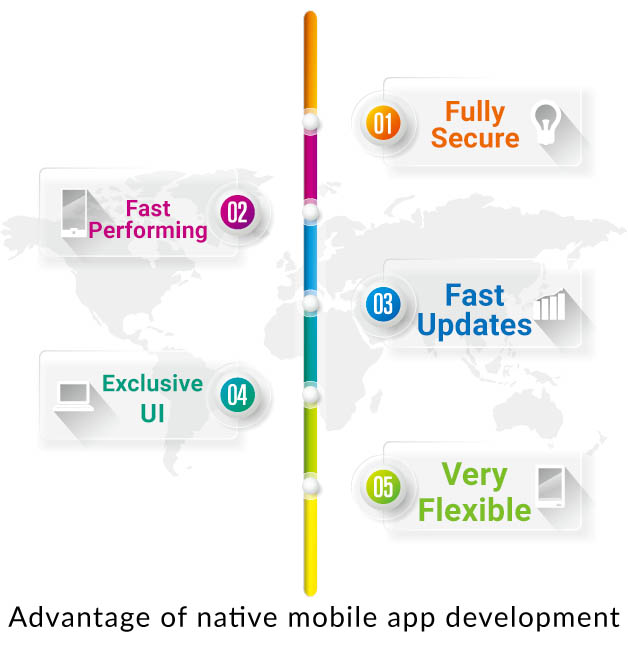 2) Exclusive User Interface : Each mobile app development platform has its own separate UI/UX. Native app developers too has its unique user interface which gives a unique feel and look to the operating system. This adds the better sense to user experience. With easy and friendly interface, users will get easily use to native app and demands it. Thus, native mobile app help developers to attract more customers.

3) Security : Security is the first and foremost demand of users. And for this, Native app developers offers best and strong security to the users. Native mobile applications are created for a single operating system, so the data is restricted to a single infrastructure, Thus, decreasing the chances of risks.

Currently, the majority of mobile app development platforms are creating for more than one operating system. When developers have to make a specific platform for the operating system of native app for each native mobile app, developers have to use separated different programming languages, tools, environments, SDK, designs and interface. This becomes time consuming and exhausting.

Therefore, the disadvantages of native app developments are –

Native mobile is the first choice of developers and mobile companies. Therefore, many popular apps development comes under the name of Native mobile app. Some of them are listed below-

The price of development of many types an app depends on a many different factors such as its category such as - mobile game app, app for business, social networking apps, lifestyle apps, etc. Then comes the factor: platforms as iOS, Android, and Windows Phone, etc., its design such as basic or custom and lastly number of features.

As native app development creates single platform for the creation of each application, it becomes costly for the mobile app developers. Therefore, on a rough count, the cost for developing a native app goes to around $100,000.

Native apps do cost developer more but it offers a best and unique experience to the user, which is worth.

C++ is a programming language with general purpose and is greatly used nowadays for programming. C++ included object-oriented, generic and imperative types of programming features. C++ works for lots of platform such as Windows, Linux, Unix, Mac, etc. 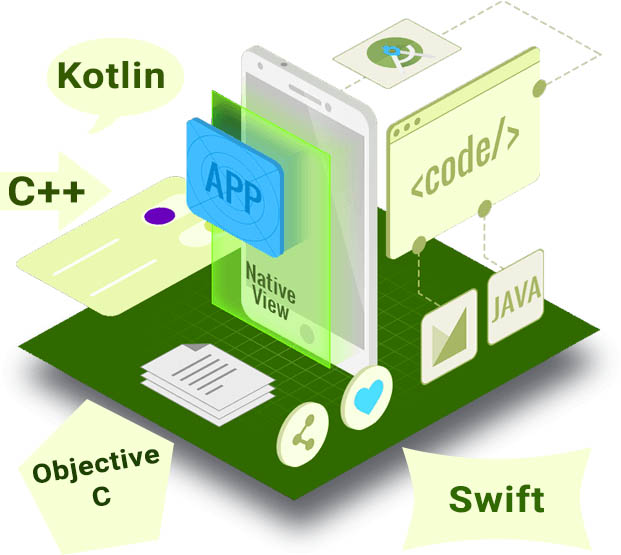 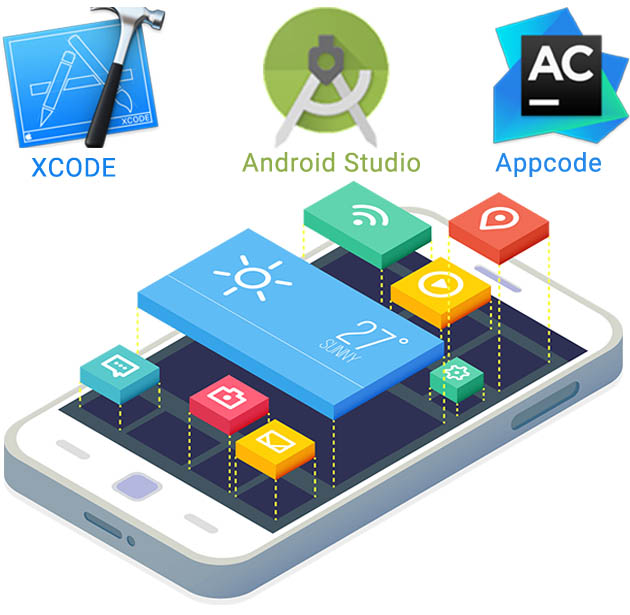 Xcode is a tool used by the developers for the creation of mobile apps acceptable for expand Apple platforms such as iPhone, iPad, or Apple TV and watch. Xcode employs Swift programming language for development of applications. It was first launched in market in the year 2003.

Xcode is an Integrated Development Environment (IDE). Which simply means that it also involves many different additional tools that are required for the app development. Xcode is one of the most famous tools for creation of apps. It is the major choice for developers for writing.

Android Studio is a framework of Native app. Android studio offers easy way out for coding and designing. Its layout designer also makes it very effective to use and reduces coding time. Android Studio encompasses drag and drop features for designing the layout of app.

AppCode is a software of JetBrains’ standout for iOS and macOS app development with IDE tool. Appcode works with Objective-C, Swift, and C / C ++ programming languages, and also supports web technologies such as JavaScript, HTML, XML, CSS, etc. AppCode offer a good range of integrations involving CocoaPods which is an application-level dependency manager.

AppCode offers a wide range of profits to developers like saving time on tasks, and fixing errors and increasing the overall productivity.

Native app and Hybrid app have some similarities but many different features too. Now, under this section let’s explore the difference between the two-

Native mobile application is platform specific, codes separately for each app and restricted to one operating system. Also have all the popular and interesting programming languages with creative tools and environment with add the value to it. Native app offers everything a developer can ask for and user desire for. It is costly but provides that worth features and function.