What is mobile app development

Everything You Need To Know About - What is mobile app development

Mobile application development is a process of designing a mobile software application that can run on all types of devices such as mobile phones or tabs. These applications can be downloaded or installed from the app store by the user whenever they want to download or install the mobile apps. The app developers are required to develop such applications that are installable, involving back-end services and make a trial on the target devices.

What is mobile app development

To understand a broader picture of the mobile app development market, today, here we will look the important statistics that give us a clear picture of current mobile app market and its future in coming years. Let’s start with - 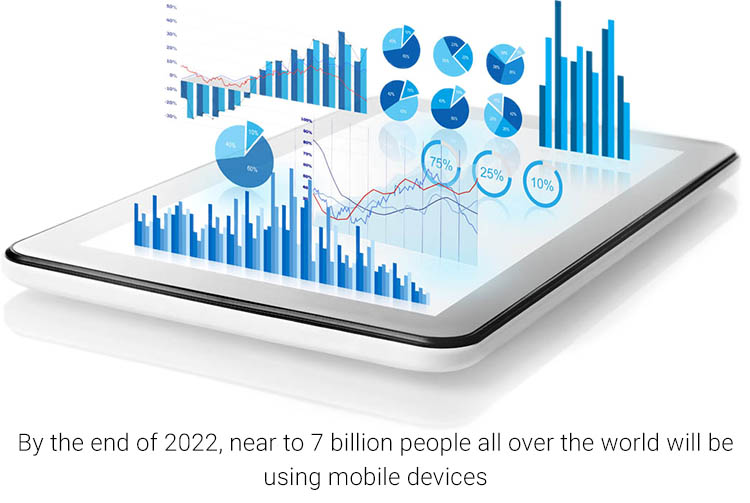 What is mobile app development platforms

Why mobile app development is important? 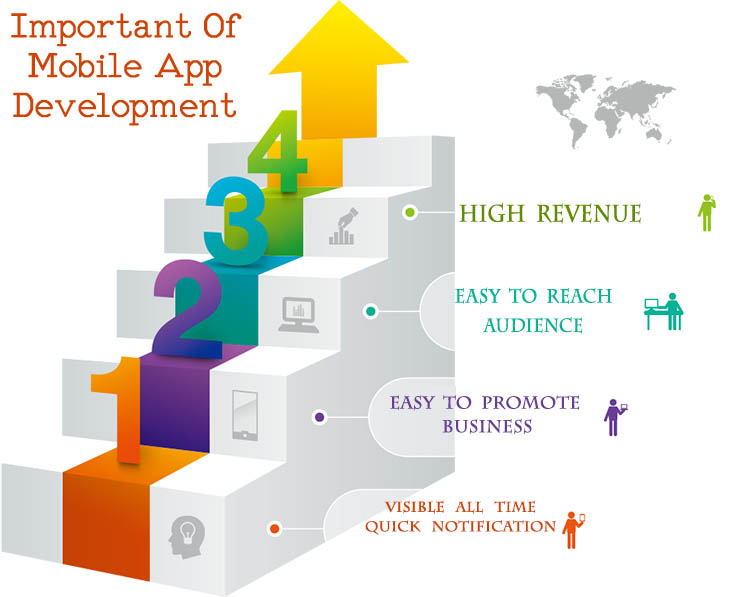 High Revenue: From the mobile app statistics, it has been found that mobile app revenue in 2020 was $189 billion and is expected to grow in coming years.

Easy to Reach Audience: As studies shows, most of the online businesses are making their websites to a mobile application because at present it is the only best way to reach millions of buyers effectively. Even, the media are using mobile apps for the transmission of the news by creating their own app or registering themselves in apps of other to reach their audience.

All these social media platforms are also presented in the mobile app. Hence when buyers see the ads in their mobile they try to reach to vendors and similarly it is effective for vendors also to vend their services and sell products.

What is mobile app development process

To develop a mobile application, developers need to follow step-by-step process that will help to develop mobile apps easily and quickly. There are some important steps to keep in mind. They are: 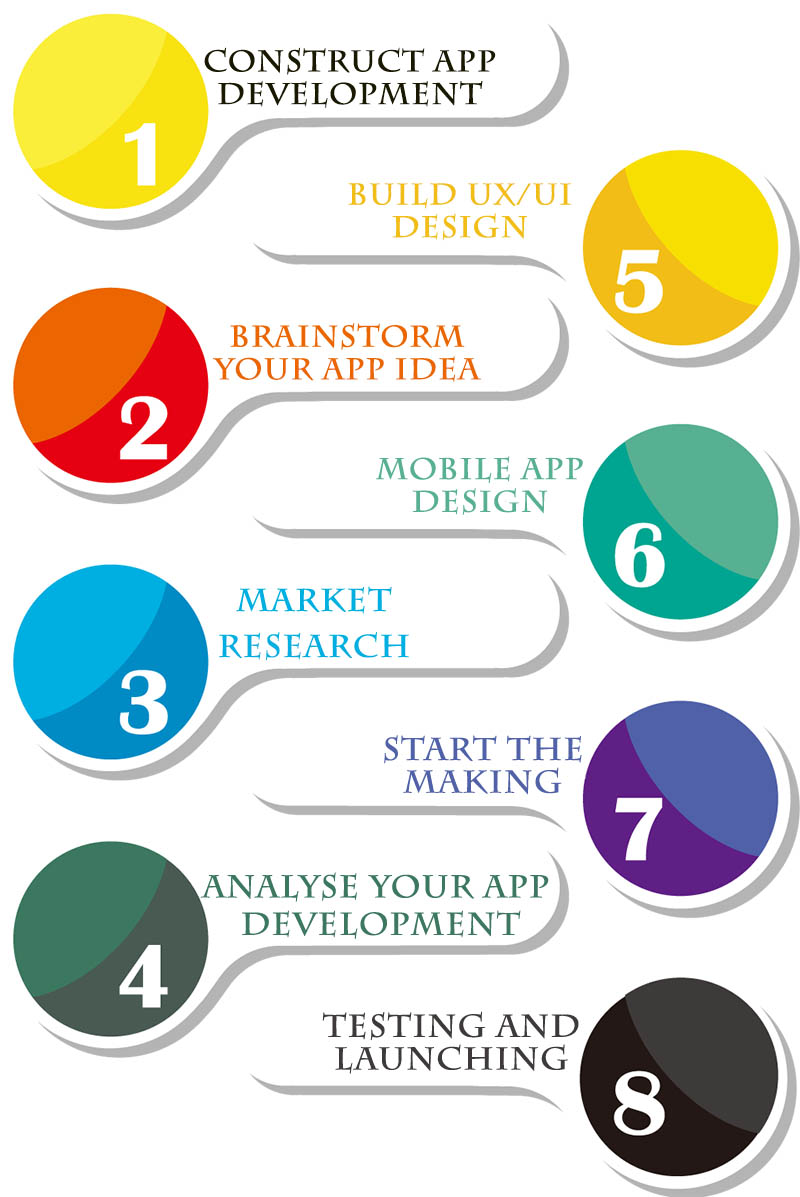 The first and foremost step in the mobile app development process is to construct a strategy by defining why? What is the main aim of your app? How your mobile app will be able to solve the problems of an industry? What is model for your business? How much will be your investment capital in constructing this app? How will launch your app into market?

Answer to all these questions will help you to construct a strategy. Also, will give you a knowledge for processing further.

Constructing a mobile app begins with an idea of app. For this, a developer is required to jot down all the features, designs, performance and technology he or she wants in app. The developer neds to eliminate the essential needs from the non essential one. Developer needs to sketch all structure and security. This step will again give him or her the further knowledge and take one step closer.

A developer needs to ask all these questions to himself or herself before starting.

A minimum viable product is the structure of your app that has enough features and functions to put it in front of your customers. With this a developer will receive reviews or feedback on your apps function and features and near development.

The major elements of a minimum viable product (MVP) are -

The planning is the first point of all app development. Now, once the developer has a planning in hand its time to turn those planning’s into successful goals. Begin the analysis and planning by defining how you can use the features and functionalities to develop the app. Use cases and in mean time, make a list of next requirements.

This will help a developer create a basic roadmap of app. The developer will be able to convert that roadmap into a step by step process, subsequently turn them into priorities, and which ultimately reach to the step of delivery of milestones. Also, the developer must have the minimum viable product fixed, which will help to cut down the costs and expenses. It will also prepare the initial launch of the app.

How the app will look like and what kind of feel it will give to the user is a crucial factor for leaving a print on customers mind. For this, developer has to make sure that the app is having top quality designs and gives the user a classy feel to use. The two major factors that plays the role here are-

Designing the app from inside out is the major task for developer to attract its customer. Designing should include the following points as -

8) Start the making of app

Combing and summing up all the above steps, developer start the making and baking of its mobile app. In this step the developer will add all the important technology and programming and operating system.

After this step the developer will reach the final and the conclusive step of its app development.

After developing an application, it is necessary to check the quality of the application to ensure the performance of the app. The testing process involves function testing, performance testing, UX & UI testing, security testing, platform testing, recovery, execution, etc.

After monitoring all the major quality and functioning of app it is ready to get launched into the market. 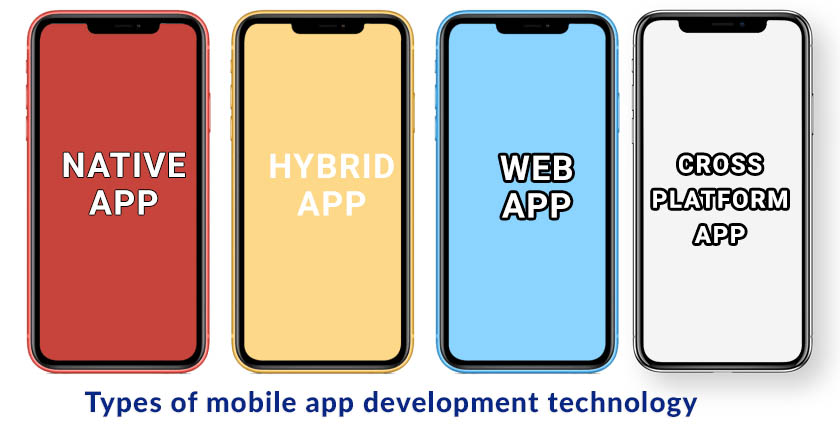 Native app technology is used to create a mobile application with single operating system. That’s the reason for it to called native - it is native to one specific platform or operating system.

The main advantage of native apps is the high performance and amazing user experience. Above all, developers have created them using native device UI and UX. Native applications is only downloaded from specific app stores and installed directly into those devices. Native apps need to pass a strict publishing test before entering to app stores.

Hybrid apps basically functions like web apps wrapped in a native app like wrapper. The clear advantage of hybrid app is that it is fast and easy to develop. Hybrid app uses the single code bases for all its platform. The development of hybrid app is of low-cost value with less maintenance.

The only drawback of the hybrid app technology is its lack of speed and performance.

Web apps are applications that functions similarly to the native mobile apps and runs on mobile devices. However, there are some differences between native apps and web apps. As web apps use browsers to work, and are usually written in CSS, HTML5, or JavaScript. Web apps takes the user to the URL and then provide them the option of installing the app. There they create a bookmark on the page. That is why they require minimum memory of device.

The developers of web app don’t have the access to many APIs works with.

Another drawback of web app is that the users always need to a good internet connection.

Cross-platform mobile applications are developed to operates for multiple mobile platforms. These apps are capable to work with more than one operating system, iOS as well as Android.

With single code, cross platform app can run on various different platforms. It means the developer can launch the apps fast and easily. The cross-platform apps are fast, effective and cost effective. 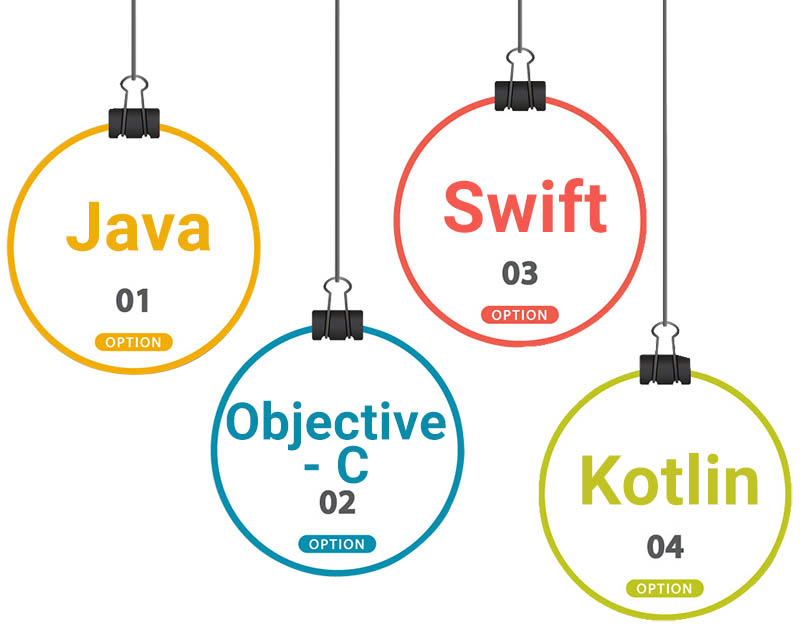 Java is one of the most popular skills for the developer of mobile application. It has been the default language of Android apps. Android applications are majorly developed including Java programming language with SDK. Some of the features of Java are:

Before Swift, iOS app developers make use of Objective-C, a sub language of C. It has the additional features which are object-oriented. Objective c is the programming language used by many mobile application development companies that work for OS and iOS.

Some of the main features of Objective-C are:

Swift has brought significant many changes in the application of iOS development industry. It has replaced Objective-C, as it is having easy to code attributes. Swift is language used to write the programs of Apple operating systems.

Some of the features of Swift are:

After 2019, Kotlin has replaced Java and then Google announced that it will come back with Kotlin as the primary-class language for programming. Kotlin is now used on larger scale for Android app development.

The main Features of Kotlin are:

The development cost of mobile app varies greatly depending upon different platforms, types of app, and the countries developers seek to team up with. India has abandon resources and most of the times companies from all corner of the world look up to India for their mobile app necessities.

The major factors that involve in the development costs are

Game app is one of the most popular types of mobile apps. According to a study, mobile games app holds for 33% of all mobile app downloads, 74% of users spendings, and 10% of all the time spent on using the game app.

The most successful games app is

Educational app types include mobile apps which help users acquire new skills and knowledge. Educational game apps are an amazing tool for kids. Many educational apps are very popular among teachers as well.

The most successful educational app is-

e-commerce app offers the user the experience the desktop versions of shopping. E-commerce applications provide customers with easy access to shop the desirable products and also the safe payment methods.

The most successful e-commerce app is-

The social media apps offer the user not only with great entertaining experience but also with gaining knowledge and learning new skills. Some media app also provides job opportunities and growing chance too.

The most successful social media app is-

After knowing Comprehensive Guide on what is mobile app development, we should know, what is going to be the future of mobile app development. At present, there are 1.4 billion active Android Development Devices in the world, and Android is dominating the smartphone market with its 82 international market shares.

Similarly, there are 1 billion active iOS development devices in the world.

With this count, one can estimate the number of jobs in the mobile app development market. And this market will continue to grow.

Therefore, there is a great and major opportunities in mobile app developments sectors.